Share a memory
Obituary & Services
Tribute Wall
Read more about the life story of Ralph and share your memory.

Ralph J. Studer Jr. went to be with his savior Jesus Christ on January 8th, 2023. He was welcomed by his wife of 66 years, Cemie; and his two daughters, Suzanne and Jeanne. Ralph attended Billings Catholic Schools and was devoted to its continued success. He was an instrumental member of BACET. With many years dedicated to the Catholic Schools he was awarded the Billings Catholic School Legacy Award in 2017. His love for the Catholic faith led to a love that was felt around the Billings Catholic community and was directly felt by his family and extended family, which includes Mary and Robert (Bob) Scherger, Claire and Larry Chouinard, Dean and Connie Studer, and their many children and grandchildren.

Ralph graduated from the University of Notre Dame with a Bachelor of Science in Mechanical Engineering. He and his brother Dean moved to Billings and began their careers with their father in the family company, Studer Construction. Ralph’s career flourished, he was  chosen as the Montana Contractor’s Association (MCA) President in 1978. They built many roads throughout the state of Montana and Wyoming, including miles of roads in Yellowstone National Park.

During his time at the University of Notre Dame, his sister Claire introduced him to the love of his life, Cemie Hoagland. Together, they were blessed with nine children. As a father, Ralph guided his children by faith and showed his love to each child in many ways. His humor was one in a million, and he made it a point to get a laugh out of anyone that crossed his path. His faith, love, and humor will survive for the generations that follow.

Just as Ralph spent his life spreading love and instilling it within his children, his loving daughter Kelly spent several years paying it forward to Ralph and Cemie as she watched over and took care of them in their time of need. Ralph was blessed to spend the last years of his life receiving endless love, care, and compassion from a beautiful soul, Mary Dietrich.

We love and miss you, Dad.

To send flowers to the family or plant a tree in memory of Ralph J. Studer Jr., please visit our floral store. 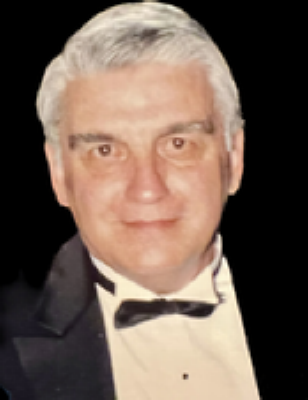