Share a memory
Obituary & Services
Tribute Wall
Read more about the life story of Nash and share your memory.

It is with deep sorrow and much love that we announce that our beloved husband, father, grandfather, uncle, papa, and friend, Nash Paz, peacefully passed away. He was welcomed into the kingdom of Heaven on Wednesday, Jan. 11, 2023, just 20 days before his 99th birthday.

Nash was born on Feb. 1, 1924, in Powell, Wyoming, to Catarino Paz and Marcelina de Oliva. He attended Worland High School in Wyoming and then moved to the Yakima Valley in Washington with his family after they secured land to farm. However, they still had property in Worland, which allowed him to travel back and forth during the off season. Near the property lived Rev. Pete Gonzales’s oldest daughter and, after asking a couple of times, was finally given the blessing to marry her in 1952.

He married Stella Gonzales in Worland, Wyoming, and whisked her away to the glorious farm life back in Washington. This new life ended up not being a great fit for Stella and, by 1953, they were back in Worland and welcoming their first born, a daughter, Peggy. After a short stay in Worland, they moved up to the growing metropolis of Billings to join Stella’s parents as they started the Assembly of God Church on the South Side. Their three boys followed with Larry in 1956, Melvin in 1957 and Mark in 1959. Eventually, Stella’s parents moved to California, but Nash and his growing family stayed in Billings, and he began his long career with the United States Postal Service. This job took him all over the city of Billings and allowed him to tell stories for decades on where he delivered mail, where his truck broke down, or how they city looked back in the ’60s and ’70s. Wanting to make sure he had time to spend with his family, he retired at his first available opportunity after 30 years in 1988. He ended up having more time than he could have ever imagined, as he ended up being retired for 34 years, four years longer than he worked.

His retirement years were filled with being in his church bowling leagues, golfing with his buddies at Par 3 golf course, which included a very well-deserved hole in one, and turning his past knowledge of farming into a large garden every summer. During the days, you could always find him tinkering on some project, outside working in the sun, or relaxing and reading the Bible. He was an individual who loved his family and the Lord very much. No meal started in the house until everyone was together to join hands and thank the Lord. This also included anytime someone was traveling away from the house, no matter the time, he was up and would gather all together to ask the Lord to watch over the travelers. His devotion to his faith was shown nightly as both he and Stella made sure to pray for all their family members and the general well-being and health for all of them.

A funeral is scheduled for 11 a.m. Monday, Jan. 16, at Michelotti-Sawyers Mortuary, 1001 Alderson Ave., followed by burial at Sunset Memorial Garden. Afterwards, all family and friends are invited to a reception at Freedom Church, 550 32nd St. West. All are welcome to attend and celebrate Nash’s life.

To send flowers to the family or plant a tree in memory of Nash Paz, please visit our floral store.


Video is available for this event 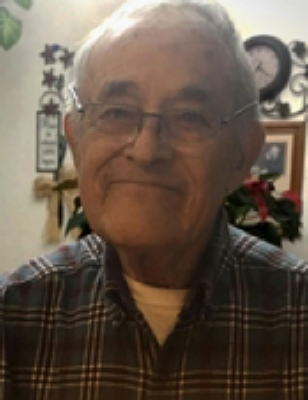