Share a memory
Obituary & Services
Tribute Wall
Read more about the life story of Kenneth and share your memory.

Ken left this world early morning on Jan. 10, 2023, after an incredibly hard-fought and courageous battle with cancer. He passed peacefully at his home surrounded by his wife and children.

Ken’s cancer journey was admirable to all that knew him. He never once complained about his situation and lived by the motto, “God never promised tomorrow.”

Ken was born on Aug. 20, 1953, to Jerome and Anna Badovinatz Kosovich, in Billings, Montana. He came from a large Croatian family, something he was very proud of. Ken was raised on Avenue F, where he had many fond memories and stories about “all the kids in the neighborhood.”  He attended Highland Elementary, Lewis and Clark Junior High, and graduated from Billings Central Catholic High School in 1971. He played baseball and golf in his youth, and football in high school. But his most cherished and talked about activities were “shenanigans” that went on with him and friends.

After graduation, he attended the University of Montana, majoring in business. After three years of college, he ventured to Kodiak, Alaska, to fish commercially for salmon. Taking a complete turnaround, he left the cold and headed for Mexico where he traveled for several months. After spending all his fishing earnings, he decided it was best to finish his degree at the University of Montana. It was at this time he started dating Barbara, a high school teacher and coach in Missoula.

Ken moved back to Billings the summer of 1979 to join the New York Life Insurance Company. Barbara followed, and they were married on Nov. 24, 1979, at St. Patrick’s Co-Cathedral. They were blessed with three children, Kevin, Matthew and Courtney.

Ken worked 43 years for New York Life. He was a people person and enjoyed serving his clients until his final months of life. He also dedicated many years to St. Thomas’ Holy Name Society. Ken’s biggest passion was spending time with his family. He respected and took part in the many different interests of his children. From rock hunting on the shores of the Yellowstone and golfing with Kevin, sporting events and eating Mexican food with Courtney, to hunting in the wilderness and attending football games with Matthew. Some simple pleasures he enjoyed were tent camping, food cooked over the fire, and fishing and hiking with the kids. Sunday was family ski day at Red Lodge Mountain. Ken religiously made a batch of chocolate chip cookies the night before to take for the trip. The cookies became famous in the lodge at lunchtime and were enjoyed on the way home. As soon as the kids were old enough to ski and ride the lift with friends, Ken retired his skis.

Ken’s favorite hobby was the game of golf, and he loved sharing this hobby with friends and family. Ken and Barb attended the Ryder Cup in 2016 at Hazeltine National Golf Club in Minnesota. If Ken was not at home or the office, he was at the golf course. He often headed out after dinner for “a quick eleven holes,” playing three balls until the sun went down. In 2021, he played a round of golf at Pryor Creek every month, which is a feat if you’re familiar with Montana winters.

Ken was a serious Griz football fan. He never missed a game on TV and loved attending home games in Missoula. Griz game day was a big event in the Kosovich household.

Ken was preceded in death by his son, Kevin; his parents, Anna and Jerry; infant brother Steven; and sister Carol. He is survived by his wife of 43 years, Barbara; his children, Matthew (Caitlin) and Courtney (Jonathan); his brothers, Jon (Jessica) and Craig (Glena); in-laws Kip Browne, Kathy and Jeff Browne, Sarah and Mike Montgomery; and many nieces and nephews.

Ken’s family would like to thank Dr. David Christianson and the wonderful nurses and staff at Frontier Cancer Center, as well as RiverStone Hospice, for their kind and compassionate care.

The family will hold a private burial. A celebration of life for family and friends will be held at 5 p.m. on Saturday, April 29, at Pryor Creek Golf Club. A taco bar (Ken’s favorite food) will follow the service.

To send flowers to the family or plant a tree in memory of Kenneth J. Kosovich, please visit our floral store. 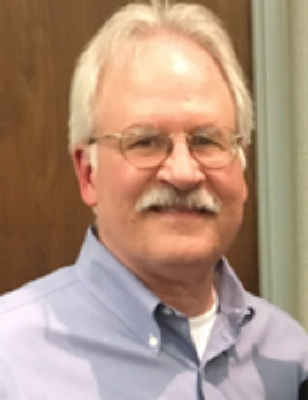