Share a memory
Obituary & Services
Tribute Wall
Read more about the life story of Gerald and share your memory.

Gerald passed away Friday, Nov. 18, 2022. He was born in Red Lodge on Aug. 17, 1960, to Ralph and Patsy Rehard. Jesse would be one of nine siblings. He grew up working on the family ranch. Through friends, he met Nina and the two were married on May 20, 1989, in Red Lodge, and he would be become an instant father to Brandon and Bryan.

Jesse was a very loyal employee for almost 20 years at the Western Empire Emporium from the day they opened until his health started going down.

Jesse loved decorating outside for the holidays with his extensive collection of windmills and decor. He had multiple windmills for every month of the year. He enjoyed having family around, but wasn’t too keen on people he didn’t know. He joined Nina on many vacations; his favorites were when they went to New York City for the Thanksgiving Day Parade, a Broncos game in Denver, and when his sister Lissa and her husband Steve went with them to Hawaii. He enjoyed the quiet outdoors; he liked to go camping, fishing, hunting, riding his scooter and spending time fixing up the camper. When home, Jesse loved taking care of rabbits at the same time every day.

Jesse is preceded in death by his father Ralph and his brother Tim. He is survived by his wife Nina of 33 years; sons Brandon (Brandy) Moreland of Billings, Bryan Moreland of Billings; granddaughter Aubrey Maxwell of Billings. He is also survived by his mother, Patsy Rehard of Luther; brothers Dan (Terry) of Colstrip, Ralph (Delsey) of Luther; sisters Rene (Dick) of Belgrade, Vicki Rehard of Belgrade, Lissa (Steve) Dent of Billings, Wendi (Don) Bender of Luther, Heidi (Dave) Kennedy of Fort Smith, Arkansas; and 15 nieces and nephews.

We are planning to have a memorial service at the Luther Community Church, on what would have been his and Nina’s 34 wedding anniversary, Saturday, May 20, 2023, followed by a light luncheon, and burial of ashes at John Henry Cemetery in Luther. Time TBD.

To send flowers to the family or plant a tree in memory of Gerald "Jesse" Rehard, please visit our floral store. 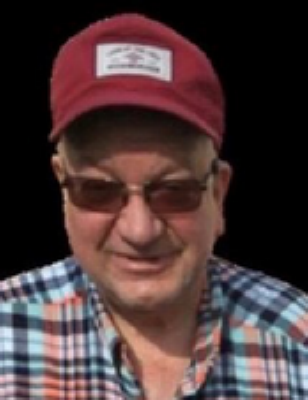