Share a memory
Obituary & Services
Tribute Wall
Read more about the life story of Casey and share your memory.

Casey Joshua Wollmann was born in Illinois on the 8th of December to parents, Rex and Zandra Wollmann, joining their family with his older sister, Brandy Taylor (Wollmann) who was almost 3 at the time. Casey was a part of a dual Air Force household — making him a so-called “Military Brat.” Bouncing from Illinois, Florida, North Carolina and then to Washington State, Casey picked up friends from multiple states along the way. Through elementary and middle school, he played baseball. Eventually in high school, Casey picked up golf and was pretty great at it! He joined the River Ridge High School Golf Team and was a scratch golfer. He spent his down time with his friends fishing for winter and summer steelhead. He also took a run at snowboarding.

After high school, Casey worked construction and continued to do so over the years, which took him on his new adventure to Montana!

Casey came out to Montana to work for Cop Construction as a pipe layer in 2015, then later to Western Municipal Construction as well. He loved laying pipe for 15 years. He went on to work at Sletten construction on the bridge as a change of pace this past year.

Casey was always the life of the party and always had such a fun, outgoing personality around those close to him. He loved being sarcastic and being a complete jokester about everything. He genuinely loved everything that Montana had to offer with endless adventures.

While in Montana, he met his fiancée Octavia Hatch in December 2017. He loved to travel and go on adventures with her and their dog, Beau. He loved getting to be a part of her  family.

In January 2020, their daughter Skylar Mina Wollmann would come to pass. In August of 2020, Casey and Octavia were engaged. They got to experience so much together during that time and became pregnant with their rainbow baby and welcomed their son Jesse Cole Wollmann in August 2022. Casey absolutely loved being a father! He had everyone laughing everyday about something new the little guy did. He constantly beamed and dreamed about the future with him. On Dec. 7, 2022, Jesse passed away unexpectedly from SIDs, the day before Casey’s birthday and it left him genuinely heartbroken. Now they are together and happy to laugh again like they once did.

He is preceded in death by his two children.

He is survived by his fiancée Octavia Hatch and their dog; his father, Rex (Diane) Wollmann; (maternal mother) Zandra Wollmann; sister Brandy (Josh) Taylor; nephew Xander Taylor: and a large extended group of family and friends.

To send flowers to the family or plant a tree in memory of Casey Wollmann, please visit our floral store. 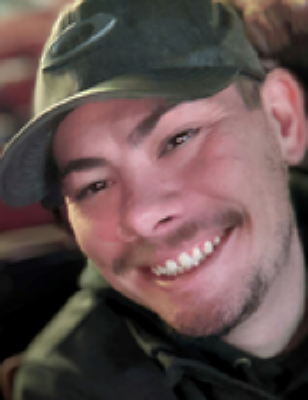 You can still show your support by sending flowers directly to the family, or by planting a memorial tree in the memory of Casey Wollmann
SHARE OBITUARY
© 2023 Michelotti-Sawyers Mortuary. All Rights Reserved. Funeral Home website by CFS & TA | Terms of Use | Privacy Policy | Accessibility