Share a memory
Obituary & Services
Tribute Wall
Read more about the life story of Beatrice and share your memory.

Beatrice “Bea” Anna Arlt, 80, of Billings, passed away on Nov. 10, 2022, after a battle with multiple medical conditions and ultimately losing the battle with liver cancer.

Bea was born to Barry and Stella Barnes on May 8, 1942. She grew up in Seattle. She was babysitting when she met her first husband, Raymond DuPre, and married in 1959. They had moved to Columbus after their first daughter was born and then, six and a half years later, they had their second daughter. These girls were their pride and joy! They were married 36 years before separating and remaining close friends.

During her life, she worked for EMC College (MSU Billings) for 30 years until she retired. She was the Custodial Supervisor for the campus, where she developed multiple relationships with her staff and supervisors, making them all lifelong friends. She was blessed with seven grandchildren, seven great-grandchildren and one great-great-grandchild. She loved and adored all of them. She would always jump at the chance to hang out by going to lunch, shopping, getting her toenails and fingernails done and, most favorite, traveling. Afterwards, she relocated and retired in Cole Harbor, North Dakota, right on Lake Audubon. After moving, she remarried to Edwin Arlt on July 3, 2004, lakeside with family and friends present. It was their retirement dream location.

Bea and Ed enjoyed the next 13 years camping with family, friends, whether that be with family and friends on the lake or with the good Sams (Northern Lights) Chapter, traveling to multiple locations. She also loved to playing cards and games with her brother-in-law and sister-in-law, including the nieces, nephews, family and friends. She also enjoyed playing bingo, BBQs, boating and visiting on the back patio overlooking the lake. Their home was always open for everyone to come and stay any time. Bea and Ed were pretty inseparable. They both loved each other deeply and you could feel it when visiting their home.

Bea enjoyed her First Congregational Church family. She and Ed were very active in at the church and looked forward to each and every Sunday.

Eventually, in 2017, after her late husband passed, she returned to Billings to be closer to her daughters and family. She enjoyed watching the Hallmark Channel with her three lap companions, Chloe, Bella and Lucy. She will be forever missed on the couch.

She is preceded in death by her parents; her sister, Barbara; her first husband, Raymond DuPre; her second husband, Edwin Arlt; and multiple other family members whom she cherished.

Our family would like to show gratitude and give a Special Thanks to Dennis and Vickie Robertson and to everyone that assisted in her care over the last year! Thank YOU!!

We also would like to Thank Everyone with Stillwater Hospice for being so amazing and providing such wonderful support and being compassionate with Bea and our family.

A memorial service will be planned in the early summer in Garrison, North Dakota.

In lieu of flowers, we ask that you make a donation to Stillwater Hospice in care of Bea Arlt.

To send flowers to the family or plant a tree in memory of Beatrice "Bea" A. Arlt, please visit our floral store. 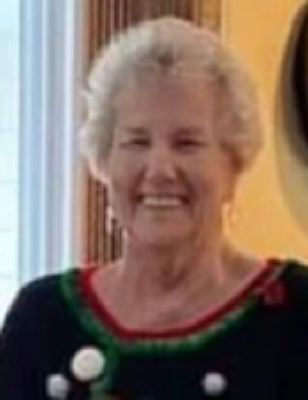 You can still show your support by sending flowers directly to the family, or by planting a memorial tree in the memory of Beatrice "Bea" A. Arlt
SHARE OBITUARY
© 2022 Michelotti-Sawyers Mortuary. All Rights Reserved. Funeral Home website by CFS & TA | Terms of Use | Privacy Policy | Accessibility